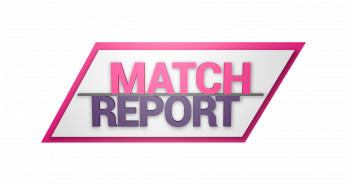 Éire Óg eased into the quarter finals of the 2018 Clare Senior football championship today out in a windy Ennistymon today with a 27 point victory over a fancied St Breckan’s team from Lisdoonvarna.

Éire Óg raced into an early lead, knocking over 9 points in quick succession before the Lisdoon men even got a point on the boards. The young star, Gavin Cooney got the Townies on the score board in the 2nd minute with a fisted point followed by 3 points in quick succession by the veteran Shane Daniels from his trusty left peg. Gavin added his second point in the 8th minute after Daniels blasted a shot off the crossbar. Early warning signs for Breckan’s that they failed to heed. Daniels and Cooney added more points before Davy O’Halloran got in the act. This left Éire Óg 9 points up at the midway point of the 1st half with the Breckan’s heads still in the dressing room.

The young Breckan’s star, Jack McGann, split the posts for the 1st point for the men from Lisdoon. But the respite was just temporary as Éire Óg piled on the points with a brace from Cooney and a great run from midfield by the young Danny Griffin. Padraig Kelly added a 2nd for the Lisdoon men from a free in the 22nd minute followed by a breakaway point by halfback, Jack Sheehy. 2 more points from Cooney before another point from a free from Kelly brought the Breckan’s tally to 4. All that hard work by Breckan’s was undone by a poor kick out by the young a Lisdoon keeper, O’Callaghan, was grabbed by Cooney who hand passed across the goal for Daniels to fist the ball to the net. The rally by Breckan’s was cruelly punished by the Daniels and Cooney duo.

Both sides added another point each with a free by Macon Byrne and a long range point by O’Halloran to leave Éire Óg with a commanding 1-15 to 0-5 lead at the break. In a half where Gavin Cooney nabbed 8 points followed by Shane Daniels with 1-4.

When the draw was made, this tie was labelled as the “tie of the round” with Éire Óg rebounding well after a 1st round defeat by Lissycasey while St Breckan’s came from 8 points down to defeat a highly fancied Cooraclare side in extra time in their 1st round tie. But Breckan’s came undone in their 2nd round game against Ennistymon who muscled their near neighbours out of it in their last round 2 weeks ago in Cusack Park. The concern was the young talented side from Lisdoonvarna would be looking to rebound against Éire Óg in the tight windy confines of Ennistymon.

Any chance of a Lisdoonvarna comeback was swiftly crushed by a point by Griffin in the 1st minute followed by a great goal by Dara Walsh in the 2nd minute of the 2nd half. Even Aaron Fitzgerald got in on the act with a point from play early in the 2nd half. The Lisdoon heads were starting to drop and the game as a contest was effectively over at this point. Byrne added another point from a free for the 1st score of the 2nd half for Breckan’s but Éire Óg were over the hill and out of sight at this stage. Conall O’Hanafein fisted the ball to the net with his first touch after coming on for Dara Walsh and a great run down the right by Cooney. David Reidy got in on the act with nice chip that could have just as easily snuck in under the bar. But Reidy was not to be denied as within a minute he buried the ball into the bottom corner for Éire Óg’s 4th goal.

The game was only 10 minutes old in the 2nd half and the Lisdoon fans were heading for the exits.

The game then dragged out to its inevitable conclusion with more points by Cooney (3) with 2 more from frees from Eimhin Courtney and a point by Danny Russell. All Breckan’s could muster was 2 more points to leave the final score at Éire Óg 4-24 to St Breckan’s 0-9, a 27 point drubbing that no one saw coming.

This was an outstanding performance by Éire Óg against a talented young St Breckan’s team. The Éire Óg management team got all the matchups right from the start that nullified any Breckan’s threat and the Breckan’s defense was unable to contain either Cooney or Daniels who notched 1-12 between them in the 1st half alone.

Tadhg Connellan and Einne O’Connor snuffed out the threat of McGann and Danaher altogether while Nially McMahon constantly popped up in attack. Ciaran Russell looked like he was back to his best today while his midfield partner young Danny Griffin helped himself to 2 points. David Reidy is finding his feet again in football with each game. But Gavin Cooney and Shane Daniels were the stars today ably abetted by Davy O’Halloran.

The quarter finals beckon for Éire Óg while the B championship awaits for St Breckan’s. Bigger challenges lay ahead for Éire Óg as they will face the likes of Cratloe, Kilmurry Ibrackane or Milltown in 2 weeks’ time. These teams will be a different proposition altogether and it is important that Éire Óg don’t read too much into this victory as the real business end of the championship starts now.

What better way to finish off the weekend than at the clu...

Clare senior hurlers will play Wexford this Saturday at 3...

Get live information for Club on the ClubZap App